For sale in Grasse, a superb bastide of character dating from the 18th century with a dominant view over the surrounding hills and the 35,000 m2 park.

This provencal bastide offers about 490 m2 of living space with a main house of about 380 m2 and a guest house of 80 m2. The property has also a 30 m2 caretaker’s house.
The bastide stands on a magnificent flat and dominating land of 35,000m2 with a great diversity of Mediterranean trees.
The property benefits also of 2 swimming pools, one of which is indoor and heated with sauna and jacuzzi.

a lot of living space

And an independent summer living room with an equipped kitchen.

your guests will love it

On the first floor you will find :
– a large master bedroom (3), with double dressing rooms, and a luxurious bathroom,
– one bedroom (4), one bathroom,

On the second floor :
– a bedroom (5), a television corner, and a bathroom,

THE PROPERTY IN IMAGES

The location is not always 100% accurate and is given as an indication.

Cannes is located in the heart of the French Riviera, to the east, only 27 km from Nice Côte d’Azur airport and to the west, 4.5 km from Cannes-Mandelieu airport which is used for general tourism and business aviation.

Bordered to the south by fine sandy beaches, Cannes is surrounded to the north by towns and villages such as Le Cannet, La Roquette-sur-Siagne, Mougins and Vallauris.

The Greek historian Polybius, who lived in the 2nd century B.C., speaks of a town: Aegyptna, which was destroyed by the Romans.

Some Cannes “historians” wishing to have illustrious ancestors have located it in Cannes. Specialists now agree to reject this location. In fact we don’t know where it was. What we do know is that here, in protohistory, the first “tourists” were the Ligurians.

It was they who probably settled on the promontory (the Suquet today). They built a fortified camp: an oppidum. From their lookout point, they could observe their fellows who had also fortified themselves on the rocky eminence where Fort Vauban now stands, on the island of Sainte-Marguerite.

At the top of the town stood a Roman fortified post called Castrum (current name la Castre). In the year 1000, the monks of Lérins became the owners. To protect themselves from the Saracens, the monks began the construction of the Tower and the ramparts. From 900 to the end of the 15th century, the history of Le Suquet is closely linked to the Monastery, although in 1447 the town was transformed into a municipality. The monks loosened their grip a little against obedience, but still remained very present.

The rue Saint Antoine, is one of the oldest streets in Cannes, it used to be home to 40 shopkeepers. In 1500, the old town had no stairs, the streets were all sloping with a canal in the middle into which the waste water and rubbish were thrown. In the XIXth century, big works of sanitation, destruction of the ruined houses… Today, the rue Saint Antoine is a mecca for local gastronomy.

It is thanks to unforeseeable circumstances that Cannes became a winter resort; indeed, in order to stop a cholera epidemic, draconian measures were imposed by the city of Nice on travellers heading for Italy. In November 1834, the sedan of the English Chancellor, Lord Brougham, was immobilised at the Pont du Var. Unable to reach Genoa, the Chancellor turned back towards the small town of Cannes and stopped at the Hotel Pinchinat to spend the night. The beauty of the site and the kindness of the locals encouraged him to stay longer. He never had to leave, he lived in Cannes for 34 years and died there at the age of 90 in 1868.

Thanks to him, the Cannes site became a landmark of the English colony. From this date, Cannes began to feel the beneficial effects of the establishment of a colony of British wintering birds and of the progress of trade with the easier land relations towards the outside world.

In 1871, it exceeded 10,000 inhabitants, becoming the second largest city in the district of Grasse. The impetus was given, in 1870 there were 215 villas, 34 hotels and several religious buildings of various cults in the city, equipped with sewers, gas lighting and drinking water. The German, Russian and Swiss gotha had followed the example of the United Kingdom, and Prosper Mérimée, who had come to Cannes as an inspector of historical monuments, introduced the “gentry” to the charms of the city.

Les îles de Lérins : A short distance from La Croisette, facing the bay of Cannes, the Lérins islands welcome you. In an idyllic setting with preserved nature, these jewels of the Mediterranean offer visitors a unique collection of flora and fauna as well as a singular history combining the mysteries of the Iron Mask with the tranquillity of the Cistercian monks, true havens of peace. Everything here is an invitation to discovery.

How to buy property in Provence?

Here is an article on how to buy a property in Provence-Alpes-Cote-d’Azur, France. Acquiring real estate in Provence for a foreigner.

LET'S GET IN TOUCH

Virtual visit of properties are also possible during these strange times. Interested? Let us know, we will organize this for you. 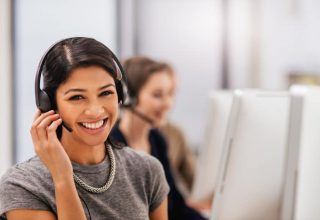 Whatsapp Facebook-f Envelope
We use cookies on our website to give you the most relevant experience by remembering your preferences and repeat visits. By clicking “Accept All”, you consent to the use of ALL the cookies. However, you may visit "Cookie Settings" to provide a controlled consent.
Cookie SettingsAccept All
Manage consent

This website uses cookies to improve your experience while you navigate through the website. Out of these, the cookies that are categorized as necessary are stored on your browser as they are essential for the working of basic functionalities of the website. We also use third-party cookies that help us analyze and understand how you use this website. These cookies will be stored in your browser only with your consent. You also have the option to opt-out of these cookies. But opting out of some of these cookies may affect your browsing experience.
Necessary Always Enabled
Necessary cookies are absolutely essential for the website to function properly. These cookies ensure basic functionalities and security features of the website, anonymously.
Functional
Functional cookies help to perform certain functionalities like sharing the content of the website on social media platforms, collect feedbacks, and other third-party features.
Performance
Performance cookies are used to understand and analyze the key performance indexes of the website which helps in delivering a better user experience for the visitors.
Analytics
Analytical cookies are used to understand how visitors interact with the website. These cookies help provide information on metrics the number of visitors, bounce rate, traffic source, etc.
Advertisement
Advertisement cookies are used to provide visitors with relevant ads and marketing campaigns. These cookies track visitors across websites and collect information to provide customized ads.
Others
Other uncategorized cookies are those that are being analyzed and have not been classified into a category as yet.
SAVE & ACCEPT
Powered by